On 2 April I took up my new position as a professor in the Institute of Japan Studies, Tokyo University of Foreign Studies. It was a major decision to leave Hokkaido University after 14 years, but for a variety of reasons (both personal and professional) it was time to make a change.

In my new position I will be teaching in the new School of Japan Studies, working on TUFS’ international collaborations, and continuing my research into modern Japan. I am looking forward to a new professional challenge in Japan’s capital, and to working with all past and future colleagues in my new role. 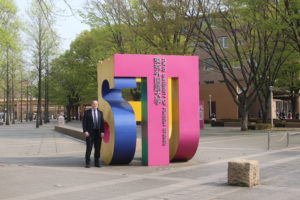 In March we completed online publication of the article series “War, Popular Culture, and Contents Tourism in East Asia”. This is a special edition of the impact factor Journal of War & Culture Studies (for which I was guest editor). The print edition will come out in Volume 12 (2019). There are six articles in the series, which forms the main output for our contents tourism project in academic year 2017:

Kyungjae Jang: “Between Soft Power and Propaganda: the Korean Military Drama Descendants of the Sun”

Many congratulations to my PhD student Aleksandra Jaworowicz-Zimny, who defended her PhD thesis on 15 February and had her degree conferred at the faculty senate on 2 March 2018. The thesis title is “Subcultures of War. Images of the Asia-Pacific War in Japanese Youth and Fan Culture”.

I am honoured to have been asked to join the International Editorial Board of the journal Japan Forum. For more details about the board’s activities, see their website here.

On 20 February I will be giving a talk about our contents tourism book at the Foreign Correspondents’ Club of Japan. For information about the event, see this link. 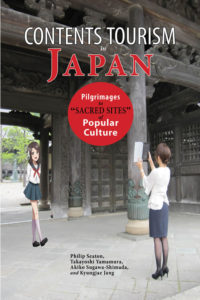 As I am changing jobs and moving to Tokyo in April, I have a new website. The website is in something of a transitional phase for the next few months until I can get all content transferred.